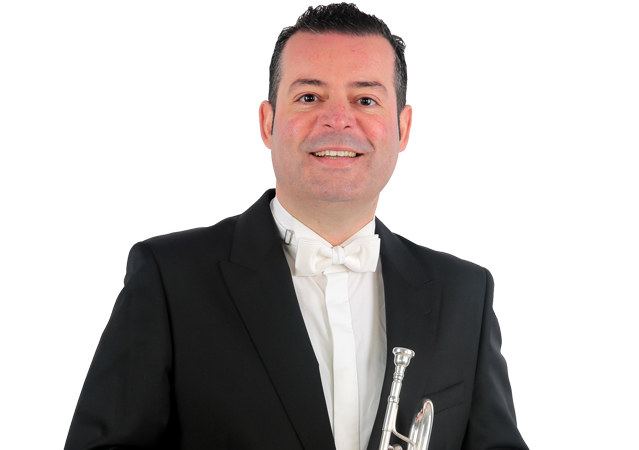 Paulo Veiga, is a Portuguese trumpeter, born in Vila do Conde (1979) and started his musical studies at the age of 17. With origins in the vast universe of filarmony, in 1998 he joined the Associação da Banda Musical da Póvoa de Varzim, an institution that allowed him to make the musical area his professional path. He currently holds the position of artistic director at this institution.

He completed the Basic and Complementary Trumpet Courses at the Escola de Música da Póvoa de Varzim in the classes of teachers Manuel Nunes and Manuel Queirós. He obtained the Bachelor and Licentiate degrees from the Escola Superior de Música e das Artes do Espetáculo do Porto in the class of Professor Kevin Wauldron and the Master’s degree from the Universidade de Aveiro – Departamento de Comunicação e Arte, under the guidance of PhD Jorge Salgado Correia. Since he dedicates himself, in a large part of his activity, to teaching, he obtained the Professionalization in Music Teaching at the Universidade de Aveiro under the guidance of Professor Jorge Almeida. Conducted doctoral studies at the University of Santiago de Compostela between 2012 and 2014, under the guidance of Catedratic Professor Estela Lamas. Related to the continuous search for new paradigms in terms of performance and musical pedagogy, he regularly develops research on Portuguese repertoire and composers, with some of this work already published through AVA Musical Editions.

He is invited several times to participate in various events together with Portuguese composers, performing at the premiere of his works, which has already led him to record for the publisher Numérica and live for Antena 2. The composer Jorge Salgueiro dedicated his works to him. three Toccatas for Trompete Solo and the composer Ricardo Melo dedicated the work CTPVX to him, when celebrating the 10th edition of the Concurso de Trompete da Póvoa de Varzim. He has taught masterclasses in Portugal and Brazil.

Since 2006 he has been teaching at the Escola de Música da Póvoa de Varzim, currently integrating the Pedagogical Direction of this educational establishment. Its students are often awarded in national and international competitions. He has been artistic director of the Concurso de Trompete da Póvoa de Varzim (CTPV) since its creation in 2010, and this activity has already held eleven uninterrupted editions and has reached a universe of over a thousand young trumpeters throughout its history. .

Since 2015 he has been an artist Cardoso & Conceição, Lda./Buffet Crampon, through the brands of trumpets B&S, Besson and Scherzer and flugelhorns Antoine Courtois. Paulo Veiga was the first Portuguese trumpeter to play exclusively with these brands, becoming one of the promoters of them throughout almost the entire national territory.