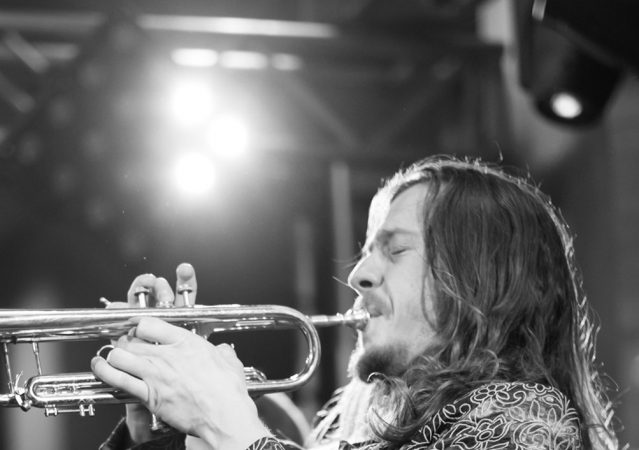 Paul Weber has played B&S Trumpets for over 20 years. In his early years he has already succeeded at the nationwide government funded competitions for classical music (“Jugend Musiziert”) in Germany. Competing in ensembles, duets and solo performances, Paul consecutively won 1st prize from 1999 to 2003, being recognized as a promising new talent at a very young age.Founding his band denmantau in 2003, he realized his ambition to create a new role of the trumpet sound in Alternative-Rock. A unique genre was created that the band calls Bohemian-Dance-Rock, which is an avant-guard sound of bands like the Red Hot Chili Peppers, Led Zeppelin and Radiohead all while encompassing the classical background of frontman and trumpeter, Paul Weber.Having led his Band for over 12 years, he’s toured across the world throughoutAustralia & New Zealand, Europe and the U.S. and is looking back on over 2,000 performances together. Shortly before coming to the U.S. and leaving Europe, his band denmantau successfully took part in the European-wide “Local Heroes” band contest where they won the Local Heroes Europe Award in 2013.Paul is currently living in Los Angeles actively touring with his Band denmantau across the nation. He’s shared stages with acts such as Trombone Shorty and the infamous George Clinton as well as the the Funkadelics at NAMM 2015. Further, he supported bands like the infamous “Jefferson Starship” and Blues Legend “Shuggie Otis”.Paul plays exclusively on B&S Challenger II trumpet model BS31432.