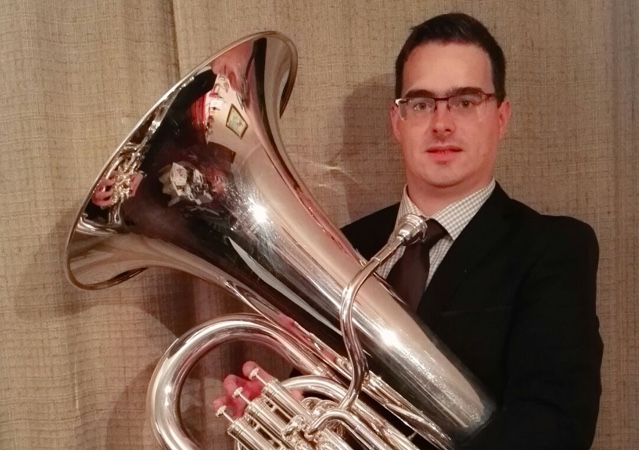 Jeroen Verleden was born in Izegem, Belgium and followed his first euphonium lessons at the academy of music, where he was taught by, among others Bert Decavel and Jozef Seynaeve.

At age 13 he traded the euphonium for a tuba and grew the ambition to become a professional musician.
From 2000 to 2002, Jeroen was a student at the Kunsthumaniora of Ghent and gets taught by Geert Verschaeve. In that period, he won his first provincial and national titles in solo contests of 3 different Belgian music federations.
He continues his studies at the Royal Conservatory of Ghent and earned a master’s degree in the class of Guy Audenaert in 2007. During that time, Jeroen is also Erasmus student in Stockholm in the class of prof. Michael Lind.

In 2008/2009 follows a postgraduate specialization for orchestral playing at the Royal Conservatory of Antwerp in the class of Hendrik-Jan Renes.
In addition to his studies, Jeroen participated in numerous master classes at home and abroad with names including: Melvin Culbertson, Sergio Finca, Walter Hilgers, Markus Hötzel, Les Neish…

In 2014 he won the prize for best soloist at the 5th German brass band championships in Bad Kissingen.
As a freelance tuba player Jeroen can be heard regularly at the Flanders Symphony Orchestra, but also with various other orchestras at home and abroad.

Jeroen is a teacher of brass at the music academy of Ghent.

Since 2007, Jeroen is part of the tuba section of brass band Buizingen.