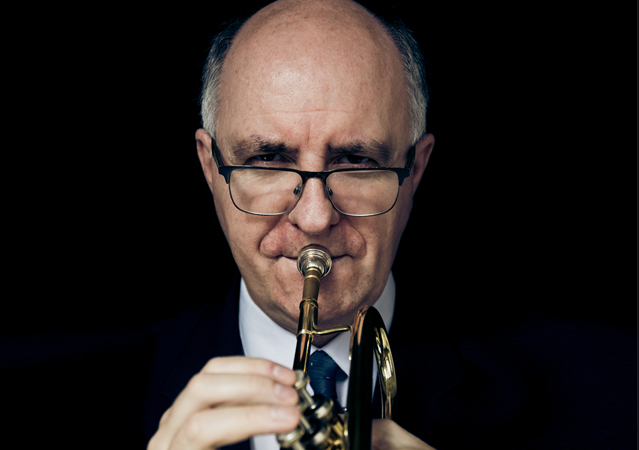 Fernando Dissenha has been solo trumpet with the São Paulo State Symphonic Orchestra (Osesp) since 1997, and has toured extensively in Brazil, Latin America, the United States, Europe and Asia. Dissenha participated in several Osesp’s recordings for the Bis, Naxos and Chandos labels. His first solo CD – “Carambola” – was described by the International Trumpet Guild as “a wonderful album”. As a chamber musician, Fernando Dissenha is a member of the Quinteto de Metais São Paulo, which released the CD “Música Brasileira for Quinteto de Metais”. With this group, Dissenha performed at the Lake Luzerne Festival (USA) and at the festivals of Campos do Jordão, Curitiba, Goiânia and Maringá. Mr. Dissenha was a soloist with the New York String Orchestra, at Carnegie Hall, and the winner of the Juilliard’s Trumpet Concerto Competition, performing the Hummel Concerto. He also played in New York as a guest instrumentalist for the American Brass Quintet. He has performed as a soloist with the Venezuela Symphony Orchestra and several Brazilian orchestras. For ten years he was a trumpeter with the Paraná Symphonic Orchestra.

Fernando Dissenha holds a PhD degree from the University of São Paulo and a Master’s degree from the Juilliard School, where he was a student of Chris Gekker and Mark Gould. He currently serves on the faculty of Osesp’s Music Academy. He was invited to give master classes at the University of Maryland, Lake Luzerne (USA), and in Medellín (Colombia). Dissenha has been invited to teach in several Brazilian festivals such as Campos do Jordão, Jaraguá do Sul (Femusc), Curitiba, Londrina and Gramado. For oven ten years Dissenha taught at Faculdade Cantareira and served as a trumpet teacher at the School of Music and Fine Arts of Paraná (Embap / Unespar), School of Music of the State of São Paulo (Emesp) and Conservatório de Tatuí. Fernando Dissenha is the author of Caderno de Trompete, released by Editora Irmãos Vitale.

Fernando Dissenha is a Roriz artist and plays with B&S trumpets.