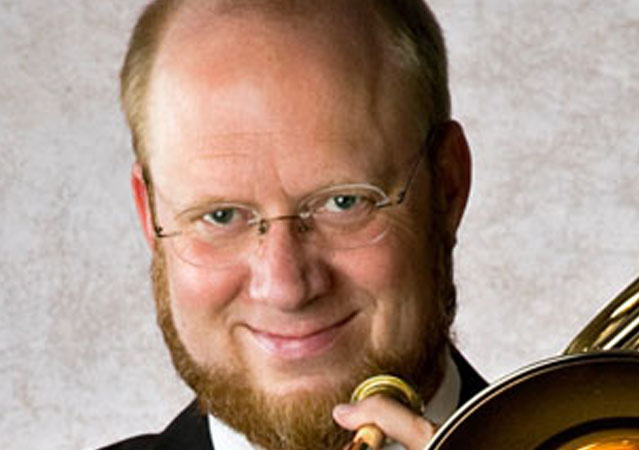 Carl Lenthe, professor at Indiana University’s Jacobs School of Music, was trained in his hometown public school music program and at the Curtis Institute of Music. He was Principal-Trombonist of the Bavarian State Opera in Munich and with the Bamberg Symphony, and has performed in many of the world’s leading orchestras. As a trombone soloist he won first prize with special distinction at the international competition “Prague Spring” and has appeared as soloist with the Leipzig Gewandhaus Orchestra, Prague Symphony and others. Carl pursues extensive chamber music and recital activities, including tours and recordings with Summit Brass. His solo CD, “Timeless Trombone Tales” (Summit Records DCD-354) has met with critical acclaim in the trombone world. He lives in Bloomington, Indiana with his wife Martha, a teacher and life-long learner. Together, they enjoy following the paths and passions of their four children, and have recently taken up grandparenting.