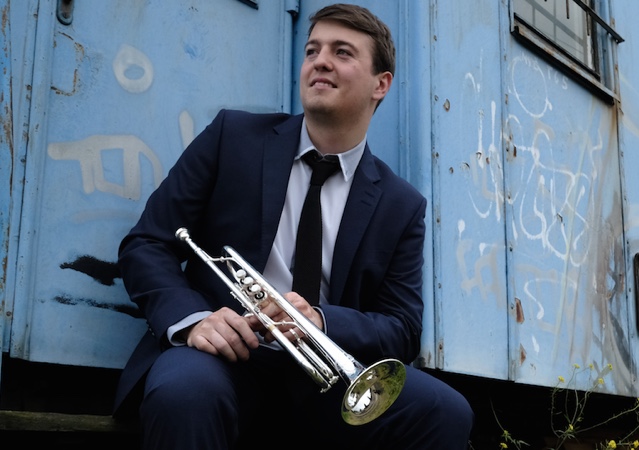 He was born on 23rd July 1990 in Marienbad. From the age of six he was a pupil of the Elementary Art School of F. Chopin in Marienbad where he studied the piano, the accordion and percussions. Here in his nine years he began his learning playing the trumpet under the leadership of Professor Jaroslav Zíma who brought Alexadr to this instrument. After two years he transferred to the class of Mr. Josef Koreis where he completed his studies in 2009. During his studies at the Elementary Art School in Marienbad he twice won the first prize in the national round of the competition of Elementary Art Schools in playing the trumpet and the third prize in the competition Concertino Praga. Since 2000 he is he is the solist of the Great accordion orchestra conducted by his father Alexander, and the soloist of the Wind Orchestra of the Youth of Marienbad. With these orchestras he visited many countries, including such exotic ones like Mexico, the Reunion Island, and the island of Malta, Spain, France, Croatia, Germany, Ireland and other.

In 2009 he successfully graduated from the Secondary Grammar School in Marienbad and in 2013 he graduated from the International Conservatory in Prague in the class of Professor Jaroslav Halíř. He also studied at the University of Economics in Prague and than he graduated the University of Finance and Administration in Prague. In 2011 he founded project of private music lessons named Music Academy Prague and in 2014 music server ilearnyou.com.

Nowadays he is a member of music group Jelen and he cooperates with Universal Music CZ in recording trumpet parts of various interprets.