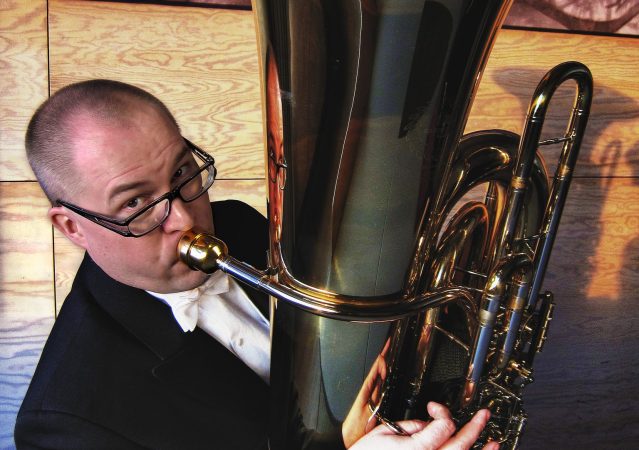 Solo-Tubist des Lahti Symphony Orchestra Harri Lidsle, the Finnish tuba player, has been a member of Lahti Symphony Orchestra since 1990. His main teachers are Michael Lind and Roger Bobo. As a soloist he has appeared with orchestras in Finland, Armenia, Australia, Iceland, Germany and Estonia. With a pianist he has toured widely in Europe, Japan, the USA and Canada. His tour of Northern Finland with the Chamber Orchestra of Lapland took in some 60 concerts and he has given about 500 duo recitals. Lidsle is known abroad above all for his partnerships with composers. He has commissioned or premiered over 20 works, including concertos by Kalevi Aho, Harri Ahmas, Jan Sandstrüm, Askell Masson, Alexander Arutunian, Patrik Vidjeskog, Markus Fagerudd and Harri Wessman, and many composers from several countries have supplied him with smaller-scale works. Lidsle is also extremely well-known as a master class teacher and competition jury member in both Finnish and international arenas. He has acted as an advisor to the International Tuba Euphonium Association, coordinated the 2001 International Tuba Euphonium Conference held in Lahti, Finland, and developed instruments with various instrument builders. www.harrilidsle.com